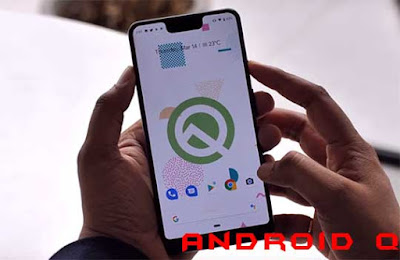 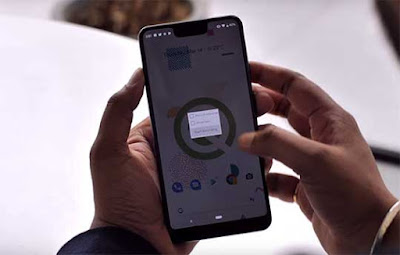 We have been wanting a native Screen Recorder  in Android since a long long time now. Well, it's finally here with Android Q. Now I found a  native Screen Recorder, which is not enabled by default instead you have to go to the developer options then go to the feature flags and enable it. Now once you've done that you can open up the Power menu and long press on the screen shot button, which will bring up this weird-looking screen recorder menu. Here you can enable Mic Sound Recording short apps. Just start the Screen Recorder. There's no option to record internal audio or any of the features but this seems like a feature that's still in the very early stages because while it worked fine on a Pixel 2. Things ran the same with the pixel 3, except on the pixel  3XL. When I try to stop pause or cancel the screen recording it would just not do it. Instead the screen recorder just goes on recording. This will surely be fixed with future Android Q beta. 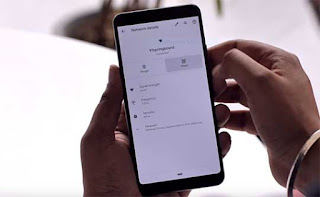 Q beings a couple of handy options in the Wi-Fi menu. First of all you can now share a Wi-Fi network via a QR code. All you need to do is just go to Wi-Fi settings and tap on the network you're connected. There's the new share option here which shows you the QR code to others, and you can scan to join the network. Now you can see there's this QR scanner icon in the 'Add Network' option which let's you connect to Wi-Fi networks by scanning QR Codes. It's a nice addition. Now apart from this Android Q now uses randomized MAC addresses by default. It' in Optional Setting in Android  Pie. 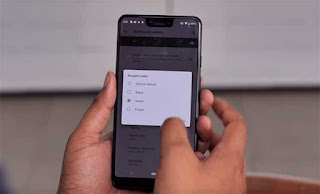 Android Q also brings one of the most highly requested features from users. I'm talking about Theming. The Theming options are currently available in 'Developer' options and you get three options. The first options is the ability to change accent color. You an choose between device default black, green and purple. These accent colors reflect across system in the settings quick settings and others menus. The second option is the font option which includes a new font now and it's pretty bad but yeah we should see more options with Android cue objects lastly there's the I can shape options which has obviously been here for quite some time now say if the teaming options in Android you aren't very extensive as you can see but it's a start and it should definitely get better a lot of Android apps are infamous for taking up unnecessary permissions and running in the background and will Android cube rings changes that should fix decisions now the biggest change here is how Android handles location access there's a dedicated location option in the settings page now and unlike before you can now decide whether you want to have to have access to your location all the time or only when the app is open so on more background locations access for apps that you don't trust plus I like how the location page has sections to show you absolute access absolute access only when open and AB that you have denied location access apart from that Android you'll also limit access to photos videos and other files to third-party apps not only that and it will also prevent app from launching any activity wine in background which is definitely great .
The new nap mode is here yes Android cues first beta brings a new dark theme that is supposed to work system-wide nearly there's no option her to enable the dark team instead you can enable it by enabling the battery saver I know it's weird but it enables the system-wide dark mode which even with its problems right now looks pretty good and since this is a system-wide dark mode it also automatically enables dark mode in apps that support it like the new files app the for an app etcetera.
I mean it's obviously working progress if you see apps like Google photos and it does not enable the dark mode in apps like you tube and and messages which have the feature but here there's quite some time to go before Android Q releases so hopefully Google will define the dark mode to work when in every yet a free-from mode is something Google has been testing in previous Android versions and with Android Q you can finally try it out there's an enable freeform windows option in Android queues developer options that well enables the freeform now once you've enabled the mode you can go to the decent screen and run an app in the freeform mode look at this now this looks pretty cool right I mean L tried a lot of apps in the freeform mode and they run fine even though you can  only run one app in the freeform mode at once but yeah is cool and hopefully Google would remove this feature with future updated since this will definitely come in handy on large screen devices like say foldable falls.
Apart from all the features I just talked about and it cube brings a lot of minor changes and a lot of minor features let me just show you so the interesting ones so first up there are a few added options in the notification shade in Android you press holding a notification now shows you a new show silently option let's left swiping on a notification now does not remove a notification instead it shows you the snooze controls next up Android Q also brings a new revamped shared panel which seems a little faster and slightly more defined the files app has been revamped too and enough which is the same material design team that other Google apps boast on there are a lot of other minor changes here like the fact that you can see estimated battery life in the notification shade the undo option when you remove icons from the home screen the redesigned app info page the fact that screen shots not shown notches and curved corners and more so as there are a lot of changes and features in Android Q apart from that Android cube bring support for foldable phones and a lot of  other developer centric features so if you want to know all the changes and features in Android Q you can check out our article on the same from the link in the description below so which is your favorite Android Q feature tell us in the comment section below also give this video a thumbs up if you enjoyed it and change the friends lastly subscribe to our channel for more amazing tech videos but that's me signing off thanks for watching and i will see you i n...............//////////////0