NVIDIA has released the GeForce GTX 1660 Ti graphics card today and aimed for young folks who have an eye for Battle Royale. Titles like PUBG, Apex Legends, and Fortnite, are apparently able to play at 120-frames per second with this graphics processor – which is pretty much the most you could ask for. While that’s going on, you’ll find that you’ve paid around $279 for the car – which is pretty gosh-darned reasonable for a brand new GPU.

The GeForce GTX 1660 Ti has a bunch of specs that we could run down-but first, and probably MOST important thing that most of the customers want for this is a piece of equipment, are details on availability. The GeForce GTX 1660 Ti is coming to gaming accessory stores and manufacturer brand(Asus, MSI, Zotac....) stores starting TODAY.

This GPU will be available in NVIDIA’s online store as well as in those other company like ASUS, EVGA, Gigabyte AORUS, MSI, Palit, PNY, and Zotac. That’s in alphabetical order there, not necessarily in order of quality or features. Each different version of this GPU may have some different and unique features and the most basic version comes from NVIDIA.

The GeForce GTX 1660 Ti was combined with 12th-gen of Turing GPU architecture, which means you’ll have the power consumption and better power than this GPU’s closest relatives Like 1060 and 1070. This GPU DOE has Turing inside but don't have ray-tracing tech or DLSS (Deep Learning Super-Sampling) like Rtx GPUS because it’s not rolling with the full RTX nomenclature (and gear). Because of that, this GPU is cheaper 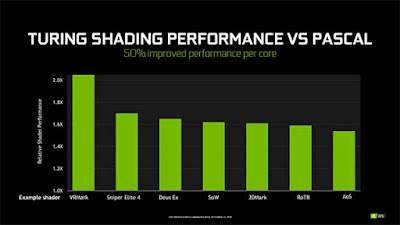 NVIDIA suggested today that this card’s dedicated hardware encoder has the ability to bring 15% improved efficiency over “prior-generation graphics cards” and is made to roll right with Open Broadcaster Software of several sorts.

They also this GPU Can RUN its full power with 400w PSU
NVIDIA made the claim that the GeForce GTX 1660 Ti GPU has the “best performance per WATT of any GPU in GTX.” You Can The reviews in YouTube